Liverpool midfielder Emre Can says that the club cannot afford to drop any more points in the Premier League title race after suffering a 2-1 loss against Crystal Palace on Monday night. 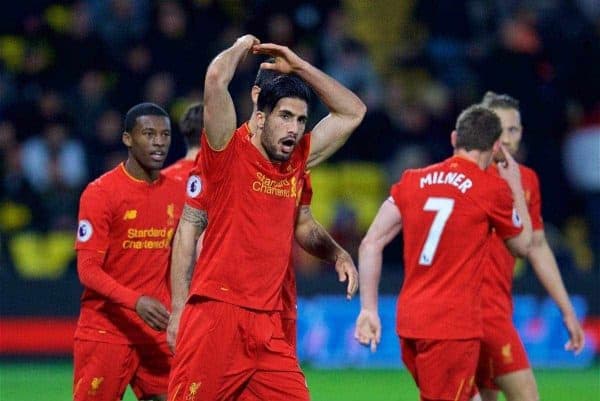 It was a hugely disappointing result for the club considering that they had only a slender margin over the likes of Manchester City and Manchester United. The latter are only three points behind the Reds after having played two games list. Hence, United could potentially leapfrog Liverpool in the race for the top four, which is of paramount importance to Liverpool considering that the Champions League qualification is at stake.

After having experience with just one campaign in the Premier European competition since 2009, the club are in danger of being forgotten as one of the elite teams in the world. Liverpool have won the Champions League an incredible five times and are the most successful club in England in this regard.

Yet, the top players want to play in the Champions League and this may result in an exodus if the club failed to qualify for the next season’s group stages. The future of players like Philippe Coutinho and Roberto Firmino is at stake. Can says that the club cannot afford to drop any more points in the remaining four matches.

“Everyone is very disappointed because we should have won this game. We had the chances. It was stupid from us.All the set pieces in training we had done very well but again we concede a goal after a set piece. It was stupid.We can be disappointed after the game but from Monday we have to look forward.We have got to go again and it is still in our hands. If we win the last four games, we will reach the Champions League. That has to be the target. It has to be,” said Can.