Manchester United legend-turned-pundit Gary Neville believes his former club may find it difficult to snub Ole Gunnar Solskjaer for the permanent managerial role, should the Norwegian guide the team to success against Liverpool this weekend. The 45-year-old was tasked with the interim role during the month of December after the dismissal of Jose Mourinho at the helm, and he has since exceeded expectations by guiding United to 11 wins from 13 matches. 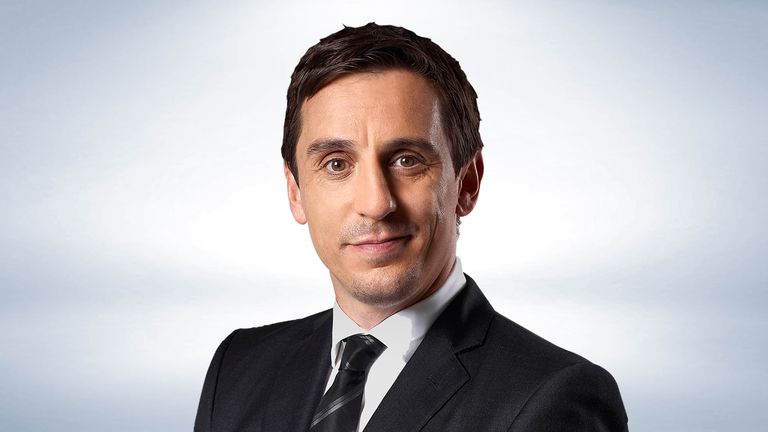 Speaking on Sky Sports, Neville highlighted that there is no doubt that Ole wants the permanent role with the Red Devils and he has the best chance of doing so, should the club get the better of Jurgen Klopp’s side on Sunday, he said: “Two or three months ago he would have been hopeful of getting the job, but if he beats Liverpool on Sunday then I can’t see any way he wouldn’t get it. It shouldn’t be defined by one game but to beat Chelsea, Tottenham, Arsenal and then Liverpool it would almost make it impossible for him not to get the job. It is an incredible body of results and would make it a lot more difficult to withhold it from him if he keeps beating team after team.”

Ole took over the managerial role with United 11 points off the top four and he has since managed to transform their fortunes to the point that they are now occupying the fourth position. Moreover, they have also impressed against the top-six teams with victories over Tottenham Hotspur, Arsenal and Chelsea on the road – with the latter coming in the FA Cup where they have reached the quarter-final stage.

United require the three points against the Reds this weekend or else they could possibly drop off behind Arsenal for the fourth position. Liverpool, on the other hand, require the minimum of a draw to leapfrog Manchester City to the top of the league table. Liverpool is currently the 1×2 underdog, with a draw most likely after a Manchester United victory.

Reds begin with win over Stoke

Liverpool out of League Cup following narrow defeat to United