Southampton goalkeeper Alex McCarthy is set to miss the Premier League clash with league leaders Liverpool at the St. Mary’s Stadium on Monday night. Southampton will play hosts to the Reds in the final game of matchweek 17 in the Premier League without their regular goalkeeper Alex McCarthy, who has tested positive for Covid-19. The English shot stopper returned a positive test for Coronavirus in the latest round of testing. To this effect, Alex McCarthy will sit out the next two games for the Saints in all competitions including the visit of Liverpool. 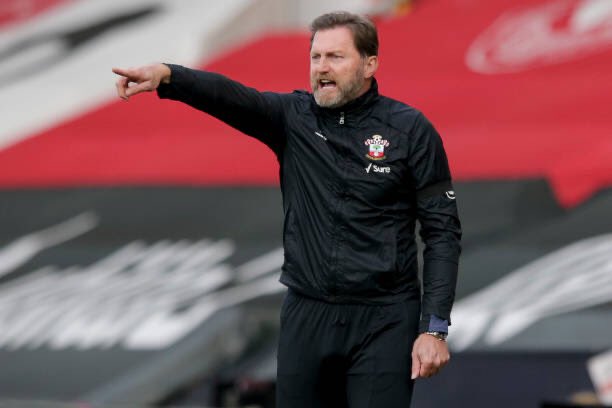 Saints manager Ralph Hassenhuttl is likely to turn to Fraser Forster for the Liverpool game in the absence of Alex McCarthy who has played every minute of league football this season. Alex McCarthy has been part of a Southampton defence that has been very solid in the Premier League this season. The Southampton shot stopper has contributed immensely to the fantastic start to this season recorded by the Saints. Earlier this season, Southampton were the league leaders but the recent run of four games without a win has seen them drop to ninth spot on the league standings. However, a return to winning ways at the expense of Liverpool can take them into the top six on the Premier League standings. Just like Southampton, Liverpool have also stalled in recent league outings. The Reds go into the Southampton game on the back of two straight draws. They were held to a 1-1 draw at home by West Brom in the first of those two draws before a goalless affair with Newcastle United away from home in their last league game. Despite the draws, Liverpool are still the top team in the Premier League and a win over Southampton on Monday night will take them three points clear of Manchester United in second place. At this point, Liverpool and Manchester United have played the same number of league games.
Tags:Ralph Hassenhuttl

ROBERTSON OUT OF NORWICH GAME