Liverpool have a good advantage as they prepare to welcome Italian Serie A champions Inter Milan to Anfield in what’s the second leg of their last 16 tie in the UEFA Champions League (UCL). The two former Champions League winners were drawn together in the round of 16 and they faced off in the first leg at the San Siro in Milan, Italy three weeks ago. 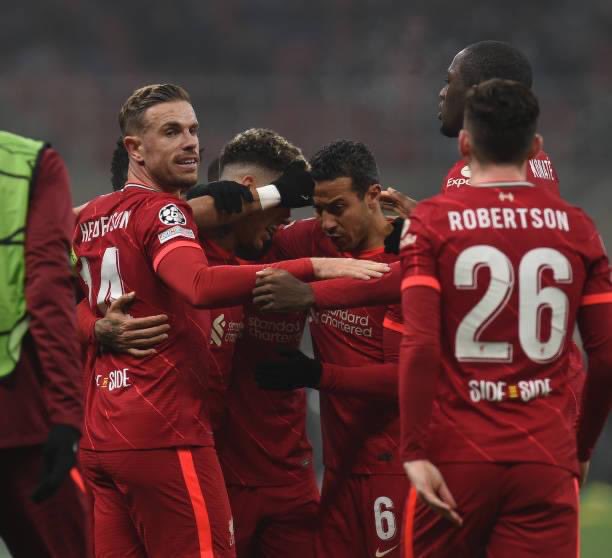 At the end of their first meeting, Merseyside giants Liverpool were able to build a two-goal lead thanks to a 2-0 win to put themselves in a very good position to seal a quarterfinal spot ahead of their second meeting in front of their home fans. The first leg was ending for a goalless outcome before Liverpool produced two late goals to swing the tie in their favour. Brazil international Roberto Firmino came off the substitutes’ bench to replace injured Portuguese attacker Diogo Jota and he gave Liverpool the lead via a header before the deflected shot from Egyptian national team skipper Mohamed Salah doubled the lead for the Reds.

Liverpool are in a fantastic position to qualify for the quarterfinal stage when it comes to this season’s Champions League campaign as anything between a win and a one-goal defeat will see them through. The Reds warmed up for their home meeting with the Nerazzuri by beating West Ham United 1-0 in the league. Senegalese international Sadio Mane scored the only goal of the game to give Liverpool a fantastic win at home to West Ham United. It was their seventh successive league win.

Just like what was obtainable with Liverpool, Inter Milan also warmed up for their second Champions League game with the Merseyside giants with a league win but theirs was more emphatic than that of Liverpool. They thumped bottom team Salernitana 5-0 at home in the Serie A.