Premier League holders Liverpool bounced back to winning ways in the league following their emphatic win over Wolverhampton Wanderers at home. The Reds hit their opponents for four without reply at Anfield to record their biggest league win of the season. Their title defence had suffered a little problem in the last set of games when they were forced to a 1-1 draw at Brighton and Hove Albion. The Seagulls needed a late equalizer at home to earn a point against Liverpool courtesy the last gasp penalty from German midfielder Pascal Gross. 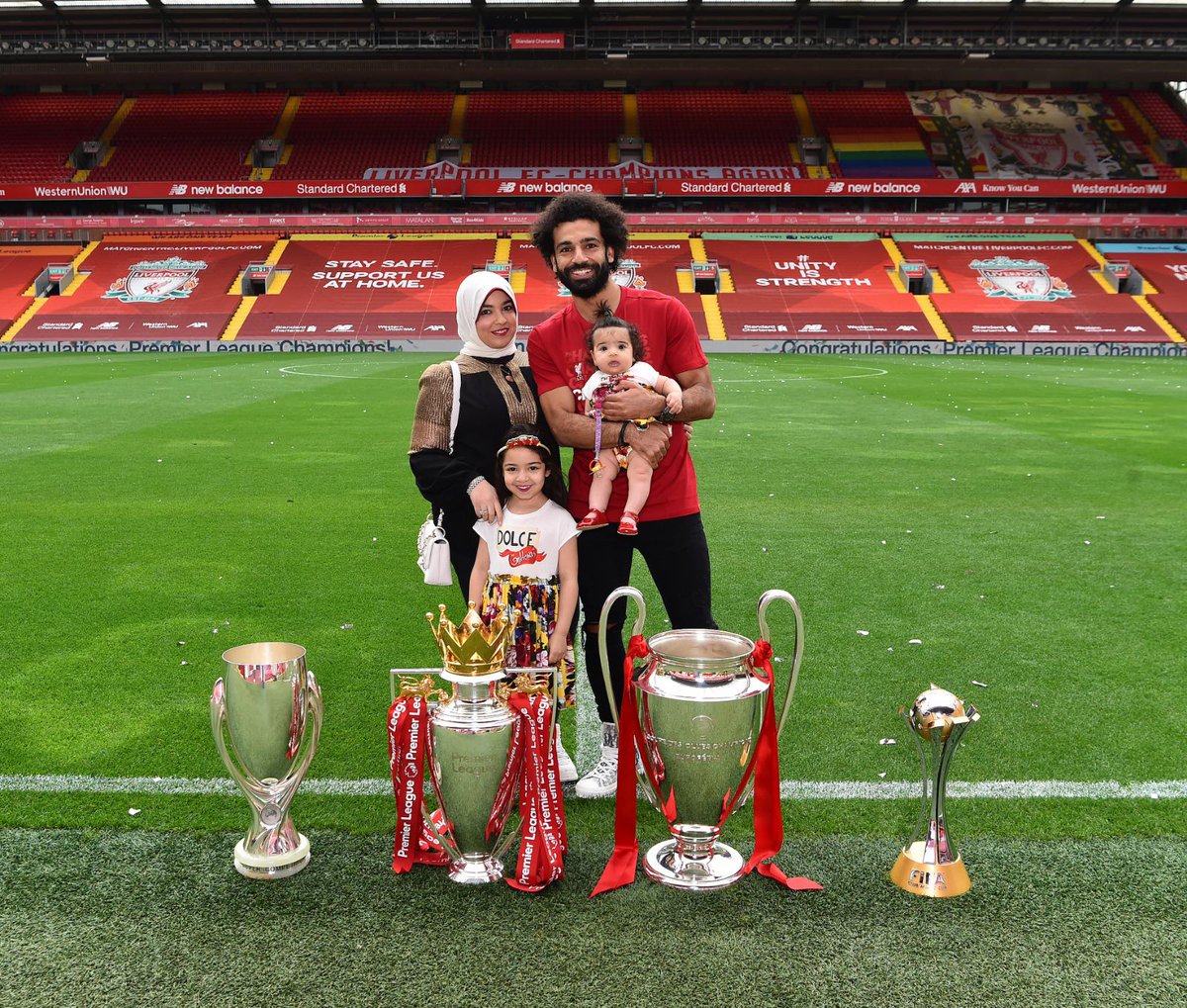 Liverpool fans returned to Anfield for the first time in nine months and their return was celebrated with a dominant display against Wolves who were on the receiving end of a 4-0 drubbing at the hands of their hosts. The Reds took the lead through topscorer Mohamed Salah after 24 minutes on the clock. The Egyptian pounced on a rare error from Wolves skipper and boyhood Liverpool fan ConorCoady togive Liverpool a first half lead. END_OF_DOCUMENT_TOKEN_TO_BE_REPLACED

The Liverpool maestro Fernando Torres got emotional as they have to leave their practice ground for the last 70 years. Melwood had been their home for the last 70 years and the players have lots of memories there. This ground has kept every drop of their sweat and blood when they used to get ready for their most crucial battles of football. This ground is the witness of lots of hard days where the team had to face humiliating defeats.

It also has seen the celebrations of the victories. Lots of legendary footballers and coaches have made their strategy sitting on this ground. Thus Fernando Torres has left an emotional message just before they are all set to leave the old ground and shift to their new training ground on Kirkby.
END_OF_DOCUMENT_TOKEN_TO_BE_REPLACED

JUVENTUS IN BID FOR LIVERPOOL TARGET

Italian Serie A champions Juventus are the latest club to join the race to sign Bayern Munich defender David Alaba according to the latest reports emanating from the Italian media. The specific report from Tuttosport disclosed that Juventus manager Andrea Pirlo is a big fan of the Nigerian-born Austrianinternational. The Italian newspaper added that Juventus want to make an offer for David Alaba when his Bayern Munich contract ends in 2021. 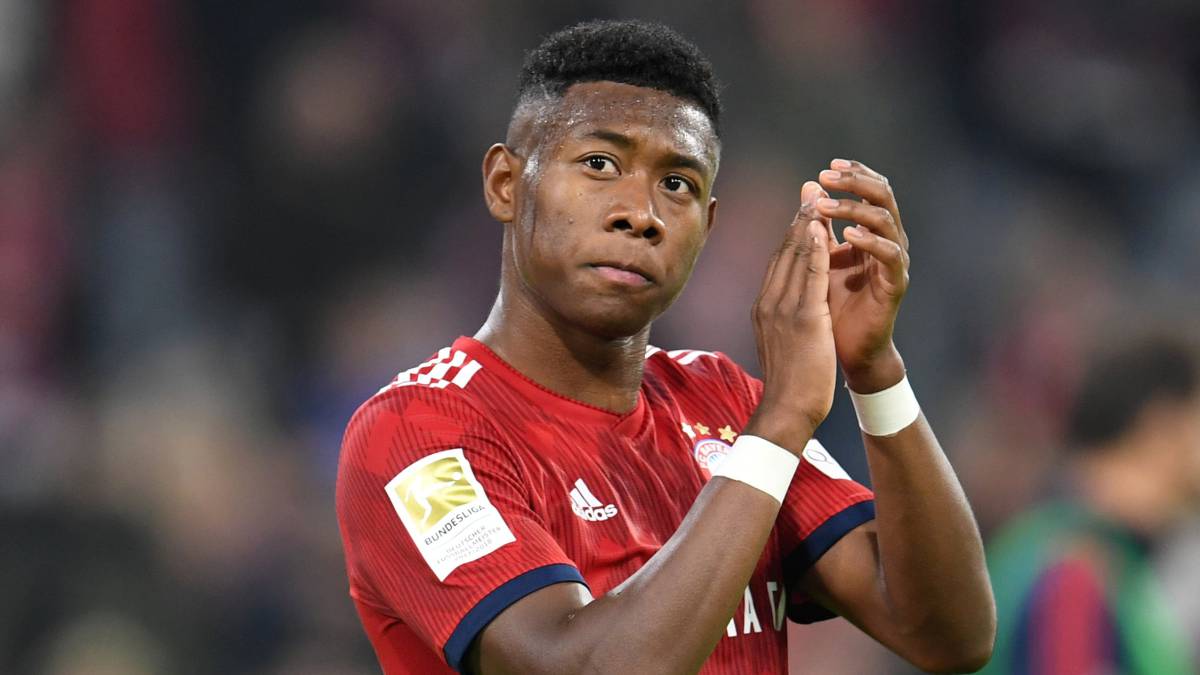 Alaba is also a big transfer target for Liverpool who have been decimated by injuries in defence. Reds boss Jurgen Klopp has had to deal with several injuries to his defenders. Klopp is said to be looking for defensive reinforcements ahead of the January transfer window.
END_OF_DOCUMENT_TOKEN_TO_BE_REPLACED

Liverpool Wins even after Trailing

Winning a match after conceiving a goal is very common in the game of football. Similarly, Liverpool has registered a victory against Sheffield United even after the visitors took a lead at Anfield during a match of the English Premier League on Saturday. Though Sander Berge scored a brilliant goal beating the defense of Liverpool FC, they got the reply from the home team as they scored 2 consecutive goals to seal the match in their favor. The most talked transfer of Diogo Jota and Roberto Firmino showed their color as Liverpool pulled the match in their favor due to the goals scored by these two players. Critics may talk about the class of performance but the results give the final verdict not the art of performance. 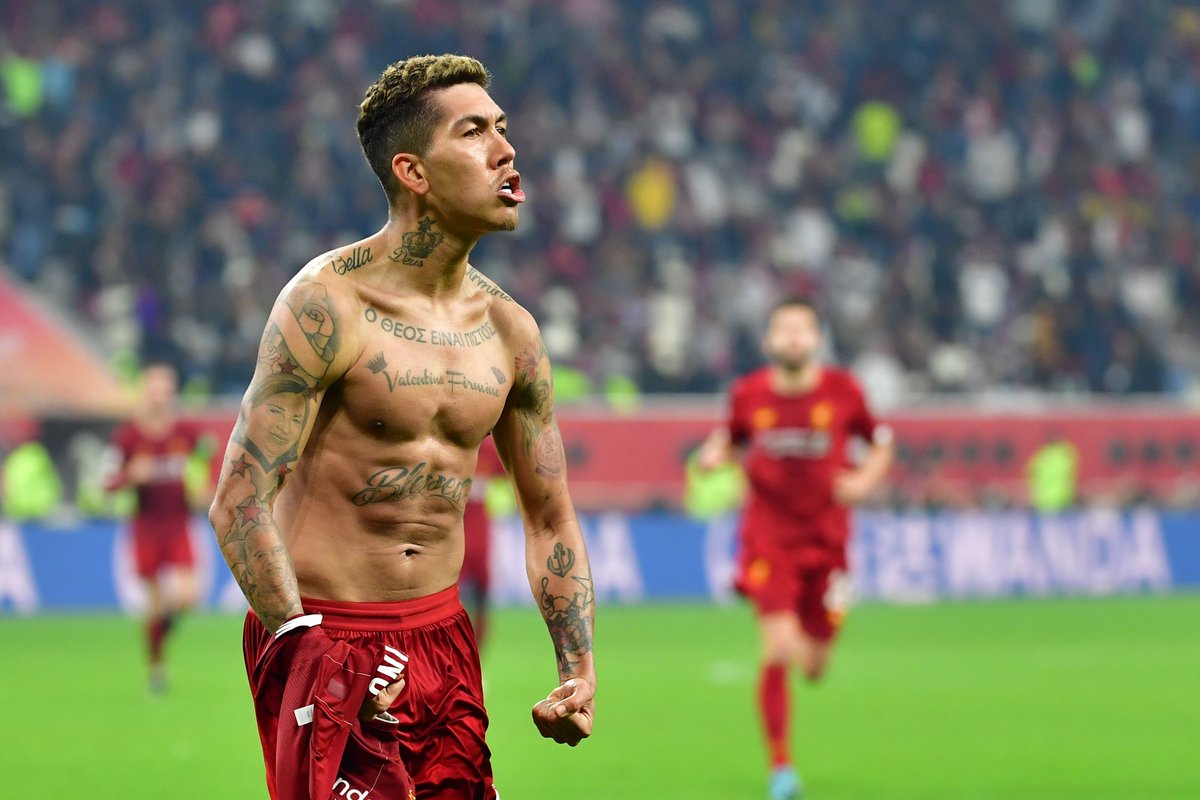 Liverpool has a stiff schedule to play the games of Premier League as well as Champions League and the back to back matches of the fixture is enough to make them tired to display some artistic play. In the Champions League game of Ajax FC and the English Premier League game against Sheffield FC, the art were not displayed but the “3 points” from each game were secured to get forward in the league table. The Portugal skipper Diogo Jota has now adjusted with the team and the adjustment is seen in his performance.
END_OF_DOCUMENT_TOKEN_TO_BE_REPLACED

Former Liverpool star Steve Nicol believes the Reds could land the signature of Thiago Alcantara from Bayern Munich during the closing stages of the summer transfer window. The Spain international has already rejected a new Bayern contract beyond June 2021 and the club are clear that they won’t lose him on a free transfer next summer. 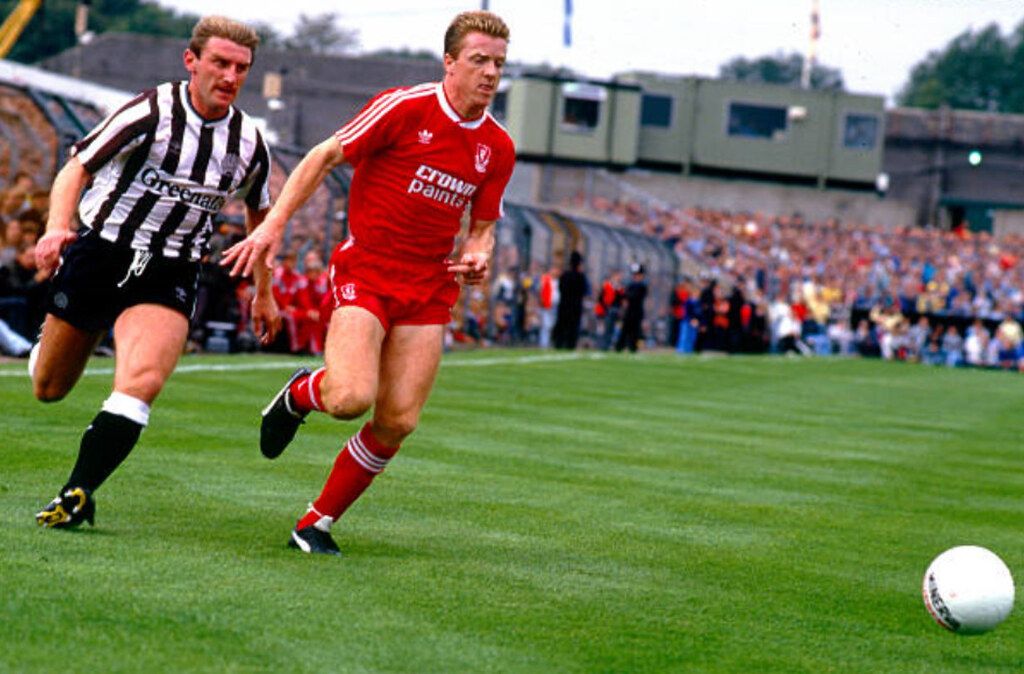 Still, they want at least £30m to part ways with his services and the fee has proved a stumbling block for the Reds. Speaking on ESPN FC, Nicol said that Bayern have the upper hand at the moment in the negotiation table, but they may have to come to a compromise with the Reds over the fee, suppose there are no other buyers for the midfielder.
END_OF_DOCUMENT_TOKEN_TO_BE_REPLACED

Klopp besides these two titles have won the Club World Cup too but he said that he didn’t want to be compared with the club’s greatest managers. He told Sky Sports that it is surprising that they both haven’t won the titles. He knew the reason why Dalglish couldn’t win it but why Shankly couldn’t win is an unknown reason for him.
END_OF_DOCUMENT_TOKEN_TO_BE_REPLACED

Jamie Redknapp said that Liverpool winger Sadio Mane is made of granite. He with his performance at the club has silenced everyone who has questioned him when his ability when he first arrived at the club. He has now become a title-winning machine at Liverpool earning praises from everyone. He was transferred from Southampton in 2016 where he had proved himself as a footballer. The transfer fee was £34 million and many had doubts that whether Liverpool has overspend it on a player who still had a lot to do in the game. But he proved himself as an exceptional player under the leadership of Jurgen Klopp. 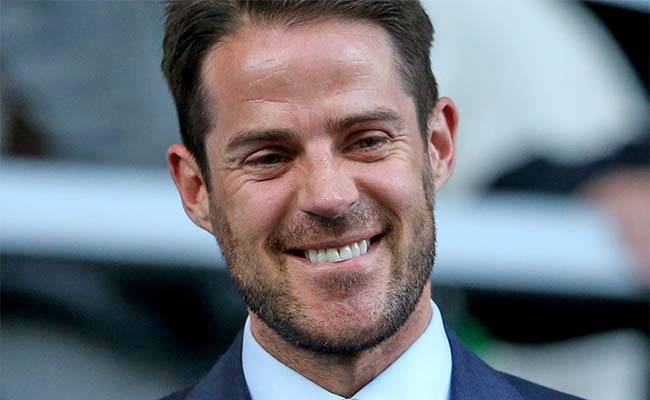 Mane shared Premier League golden boot with Mohamed Salah and Pierre Emerick Aubameyang in 2018–2019 season. He for Liverpool has scored 78 goals by appearing in 163 matches. He has won the Champions League title, Club World Cup and Premier League title and he has interests from both the Spanish clubs Barcelona and Real Madrid. Mane will not be leaving the club any time in the near future as he remains one of the important figures in Klopp’s plan.
END_OF_DOCUMENT_TOKEN_TO_BE_REPLACED

England and Liverpool defender Joe Gomez has said that everyone is happy with their captain Jordan Henderson being showered by praises. They all are feeling better as the captain is getting what he deserves and as a club, they are glad to have him as the captain.Henderson’s capability has been questioned and unrecognised by everyone in the past. Presently he has received ample amount of appreciations from each person. 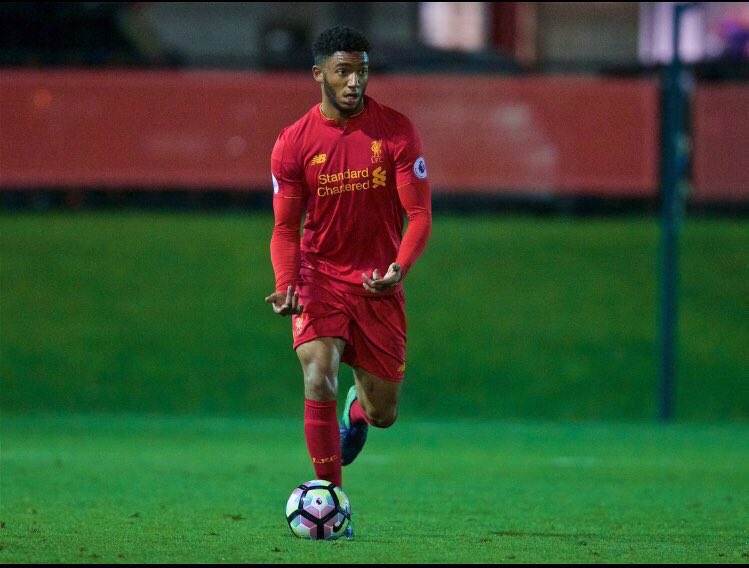 Henderson is now an important and irreplaceable part of Jurgen Klopp’s squad. He has lead and played for his team which has resulted in winning the trophies in Champions League and Club World Cup. Premier League is next silverware that the team is expecting with two wins away from becoming champions. The league will be restarting on June 17 and the club will be looking forward to ace these two wins.
END_OF_DOCUMENT_TOKEN_TO_BE_REPLACED

Liverpool footballer Trent Alexander Arnold said that under the leadership of Jurgen Klopp Liverpool has become an astonishing club. Liverpool has become one of the most feared and well-acclaimedteams of the football world. They have been winning silverware and tournaments from the past year. 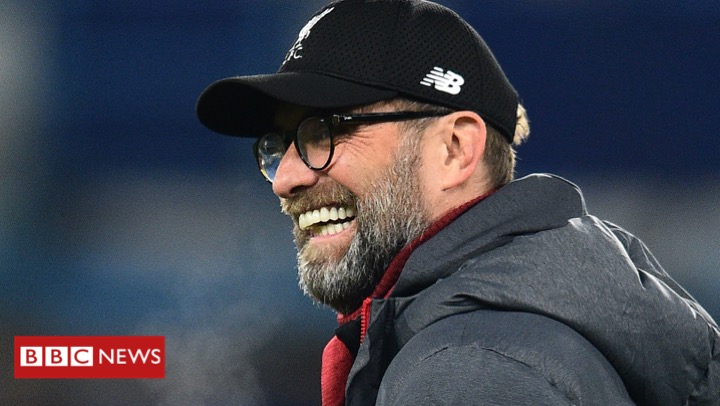 From winning 2019 Champions League, they have started their journey on securing the first place in tournaments. They have won the UEFA Super Cup and the Club World Cup. In Premier League they had played well and is only two wins away from the title which they are going to lift after 30 years.
END_OF_DOCUMENT_TOKEN_TO_BE_REPLACED

Liverpool could be a good fit for Ferran Torres, says Gomez

Ferran Torres will fit right in Liverpool, according to Fernando Gomez. The Spanish footballer has all the essentialities needed to be a part of Liverpool. Torres has become one of the best players for Valencia. He has played for under21 team for Spain and, with Valencia, he has proved his worth as a winger. He has played 89 matches for the Spanish club and scored nine goals for the team. In La Liga, he has established himself the role of a performer. 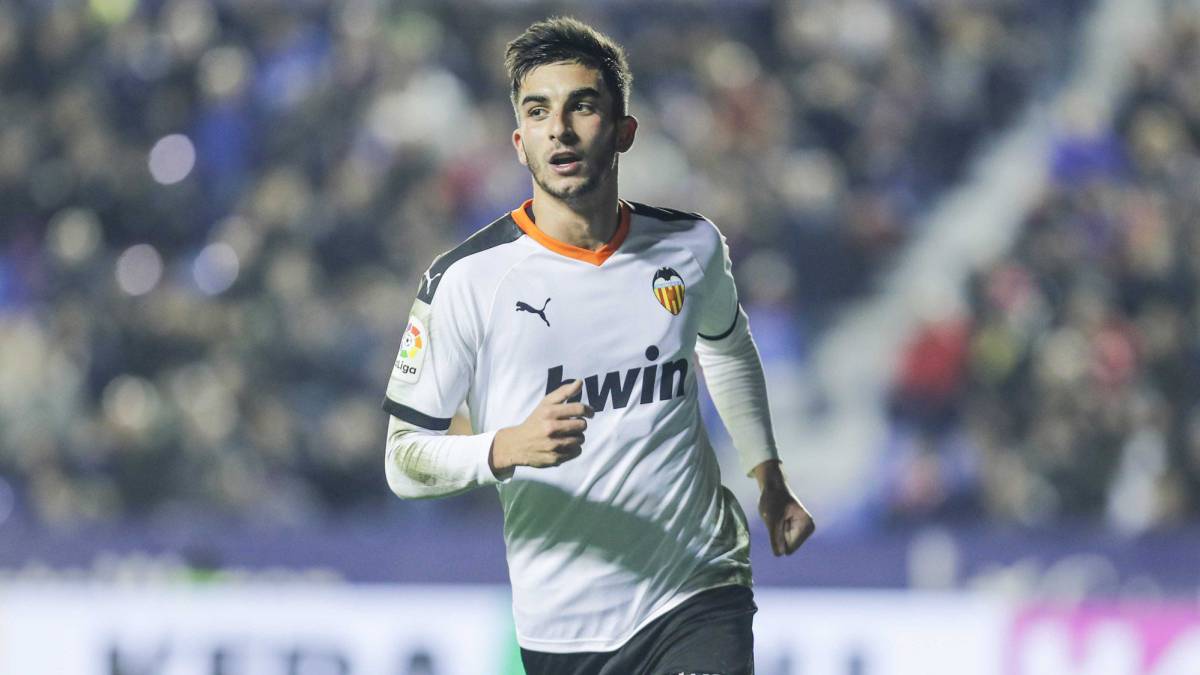 Even though the 2019–2020 season for Valencia has been not good enough, many clubs have agreed to the performance of Torres as impressive. As per the reports of Goal, many teams of Premier League has shown interest towards the winger. There are many big clubs like Liverpool, Manchester United, and Manchester City who is interested. The big clubs like Juventus, Borussia Dortmund, and Ajax of other leagues have also shown interest for the Spaniard.
END_OF_DOCUMENT_TOKEN_TO_BE_REPLACED