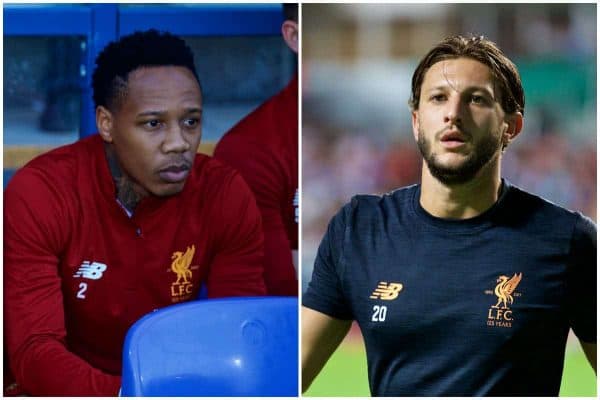 The 26-year-old played only 45 minutes during pre-season and has not been seen since then. It is expected that the back problem suffered by the player is likely to keep him on the sidelines for the next three months. Rather than fill the spot with a player who cannot play for the next three months, Liverpool have decided to go for a different option. However, there is little doubt that Nathaniel Clyne will be able to reclaim his squad when he meets the return to the first-team. Manager Jurgen Klopp has received a lot of plaudits for the way has transformed Liverpool in the last 12 months. END_OF_DOCUMENT_TOKEN_TO_BE_REPLACED

Nice left-back Dalbert has confirmed that Liverpool are one of the clubs to have enquired over his services during the current transfer window.


The Brazilian is still keen on pushing through a move to Inter Milan this summer.

The Brazilian was in good form for the Ligue 1 outfit last term as he helped them to third in the league standings which in turn guaranteed them a place in next season’s Champions League. A host of clubs including Liverpool have expressed an interest in his signature, but the 23-year-old admits that he has personally intervened in order to seal a switch to San Siro this summer.

Dalbert was quoted on L’Equipe: “More than ten European clubs contacted my agent; amongst them are Liverpool and Inter Milan. Inter made an undeniable offer for me and Nice and I think we will have a favourable outcome for all the parties. I am counting on the understanding of the leaders and it was a difficult decision, but I am sure when I say that I want a new project.” END_OF_DOCUMENT_TOKEN_TO_BE_REPLACED

MANE VOTED PLAYER OF THE SEASON AT LIVERPOOL

The Senegalese star scored 13 goals in 27 games since his move to the Merseyside. He had to leave the team to appear in the African Nations Cup in January but he made instant impact as he returned. Injuries limited his appearances for the rest of the season but he had done enough to warm him way into the hearts of the fans and his teammates.

“I just want to thank my teammates and supporters for giving me this honour. It means so much to me. I feel at home at this club and in this city. My teammates, the staff, the manager and the supporters have all made me feel so welcome since I joined the club. END_OF_DOCUMENT_TOKEN_TO_BE_REPLACED The president of Everton then John Houlding and the owner of Anfield had a row with a group of directors at Everton over the rent he was charging the club. There was just one Everton FC. The disgruntled directors resolved to move to a new stadium at Goodison with the vice president William Barclay resigning his role in protest in the absence of Houlding. END_OF_DOCUMENT_TOKEN_TO_BE_REPLACED 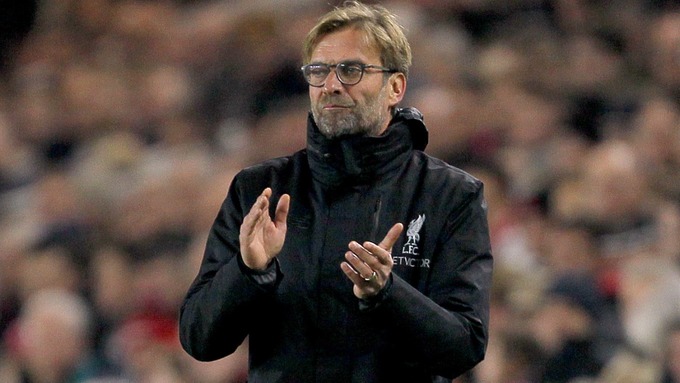 As title chasing Liverpool come to Goodison Park, the possibility of a similar fate suffered by Arsenal has been put forward to manager Jurgen Klopp. Incidentally, this will also be his first taste of the Merseyside derby at Goodison Park. The Liverpool manager, who has already seen his team throw away games in the 4-3 loss against Bournemouth and 2-2 draw with West Ham, says that his team are more than well-equipped to deal with the threat posed by the home team. END_OF_DOCUMENT_TOKEN_TO_BE_REPLACED

Liverpool midfielder Adam Lallana claims that there is a lot of belief at the club and he expects the Merseyside outfit to do well in the 2016-17 season.

Even though the Reds started the new campaign with a difficult away trip against Arsenal, it was seen as a great time to come up against the North London outfit since they were suffering from a large number of injuries especially in defence. Liverpool were able to unleash the entire attack and it is highly unsurprising that Arsenal struggled.

Jurgen Klopp already has an impressive strikeforce in his hands with the likes of Philippe Coutinho strengthened by the arrival of Sadio Mane.Even though the club were only able to achieve a 4-3 victory, Adam Lallana claims that it has given the team a lot of belief. This opening stage belief has the potential to help the club do well over the course of the entire campaign or at least up until Christmas. There will also be belief within Lallana, who has taken no time to get off the mark of the season. Philippe Coutinho and Sadio Mane were the most impressive players for Liverpool on Sunday.
END_OF_DOCUMENT_TOKEN_TO_BE_REPLACED

Head coach of Liverpool Jurgen Klopp has been offered a new deal by the club, according to reports.

The manager joined the club in the last campaign. The club decided to extend the deal they made with the tactician only nine months ago. Klopp, who is 49-years of age, earlier agreed to a deal to remain at the club till 2018 with the option of another year but the club wants to ward off any potential issues in future, especially based on this pedigree.

The German coach took The Reds to two finals in his last season, and could have finished much higher in the English Premier League if he had not sacrificed it for the sake of winning a title. Liverpool lost both finals, first to Manchester United in the League Cup, then to Sevilla in the Europa. There are reports that the fresh deal might not necessarily involve negotiating new financial terms but the club wants him to commit, especially based on his status and achievements. Klopp led his former club Borussia Dortmund to two Bundesliga titles and took them to a UCL final.
END_OF_DOCUMENT_TOKEN_TO_BE_REPLACED

Borussia Dortmund in the quarter-finals of the Europa League

Liverpool may have received a huge boost by overcoming Borussia Dortmund in the quarter-finals of the Europa League, but this victory came at the expense of an injury to Emre Can.

Even though signed by Brendan Rodgers, Can has become a key member of Jurgen Klopp’s revolution at Anfield. His versatility has been taken advantage of by Klopp. Liverpool have received news that the player has ruptured his ankle ligaments in the game against Dortmund. Given the lengthy recovery times involved in ligament injuries, it is almost sure that the player has played his last game of the campaign.

Furthermore, the club will be devastated especially given that Can was starting to settle quite convincingly. The 22-year-old walked gingerly and was taken off by the manager. He was seen leaving Anfield with protective gear for his foot, which raised suspicions that the injury may have been serious. Managing Jurgen Klopp said that the news so far not been great regarding the injury, but a full extent of the damage will be revealed in tomorrow’s scan. Klopp admitted that since there is very little time left in the campaign, it leaves Can with a potential season-ending injury. It remains to be seen if his good form earns him a place with the German national team at Euro 2016. END_OF_DOCUMENT_TOKEN_TO_BE_REPLACED

Liverpool got another Chance to Rekindle their Hopes

Liverpool have been given a major chance to rekindle their hopes of a top four finish after seeing Manchester City lose yet another match in the Premier League.

After having been title contenders for the most of the campaign, poor form throughout 2015 has seen Manuel Pellegrini’s team drop to the position of fourth place with six games remaining. The positive aspect for Liverpool, whose Champions League hopes appeared to be destroyed after the 4-1 defeat against Arsenal, have been rekindled after City lost against Manchester United on Sunday. Liverpool have the opportunity to narrow the seven point deficit to the fourth spot when they take on Newcastle at Anfield on Monday night. END_OF_DOCUMENT_TOKEN_TO_BE_REPLACED

The winter transfer window ended a few weeks ago and Liverpool’s Brendan Rodgers did not make any big changes or signings in January but even though nothing really happened in the squad, Brendan Rodgers remains happy and confident about how his team has been developing which is why the manager decided not to have an active transfer window.

“With the group of players we have and obviously the market dictates it as well. I am happy with how the team and the squad is developing and between now and the end of the season we’ll look to continue with that improvement. We would want to keep all the players here.”

Mario Balotelli was one of the few players in the team of Brendan Rodgers who was being linked with a move outside of Liverpool after having endured a disastrous campaign with Liverpool as the Italian forward has only managed to score 1 Premier League goal in 13 appearances. END_OF_DOCUMENT_TOKEN_TO_BE_REPLACED